In this section you will be building your own distribution of Amazon CloudFront which offers protection at the edge of your architecture. When integrating CloudFront with regional API endpoints, not only does the service distribute traffic across multiple edge locations to improve performance, but also it supports geoblocking, which you can use to help block requests from particular geographic locations from being served. With Amazon CloudFront, you can also enforce encrypted end-to-end connections to an origin API by using HTTPS. Additionally, CloudFront can automatically close connections from slow reading or slow writing attackers. API Gateway can then be configured to only accept requests only from CloudFront. This helps prevent anyone from accessing your API Gateway deployment directly. In this section of the lab, you will use a CloudFront custom header value generated by AWS Secrets Manager in combination with AWS WAF .

This will build out the architecture as follows:

To complete this section, follow the steps listed below:

3.1. Get the Cloudformation Template.

To deploy the second CloudFormation template, you can deploy directly via the console. You can get the template here.

If you need detailed instructions on how to deploy CloudFormation stacks from within the console, please follow this guide.

When your stack has finished deployment, you can now add a custom header to the request in CloudFront. As previously described, this will prevent users from bypassing CloudFront to access your API directly. More information on this topic can be found here. 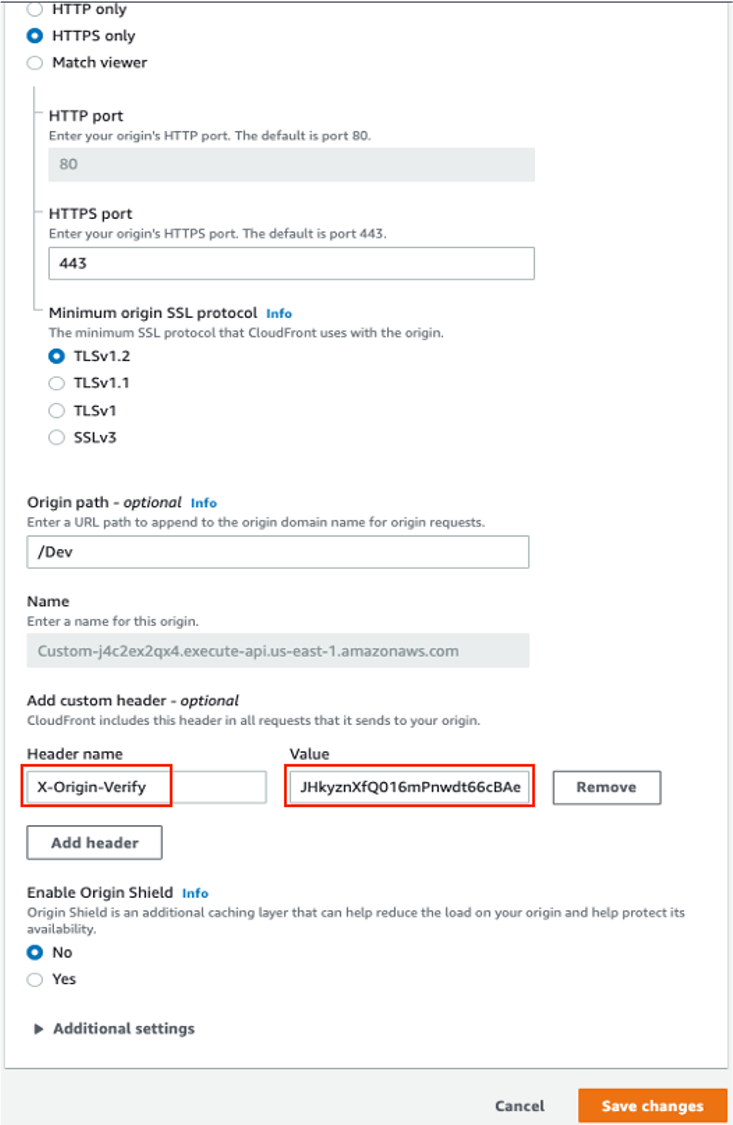 CloudFront will now add the Origin Custom Header into all incoming request from the client applications or user traffic.

To review the WAF rules, go to the current CloudFormation stack Outputs tab and click WAFWebACLR to go to Web ACLs as shown:

Clicking on the link should show a successful query of your favourite player.

Take a note of CloudFrontEndpoint as we will often use this URL for testing.

3.3 Verify if API only accepts the request from CloudFront.

You should notice a different output based on the argument that you pass to the script. When you run the script with the CloudFrontEndPoint argument, you should receive a 200 response code, which indicates a successful query. However, when you run the same script against the APIGatewayURL directly, you will notice that a 403 response code is generated. This indicates that the request is detected as forbidden as this request does not have the X-Origin-Verify field together with the required value. Run both script outputs a few times to generate some data.

Check that your output is similar to the screenshot below: 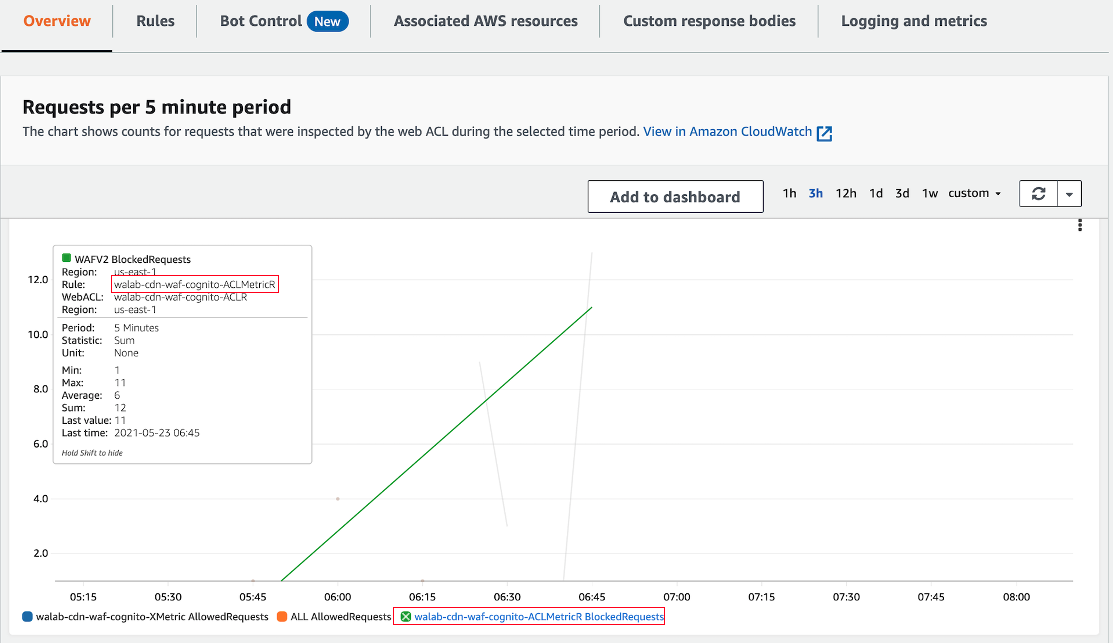 Your graph shape will be different depending on the number of times you executed the script with the CloudFront Endpoint and the APIgateway address.